Republican conference “Intellectual Property in the Age of State Independence”

Today, at the initiative of the National Center for Patents and Information of the Ministry of Economic Development and Trade of the Republic of Tajikistan, the Republican Conference “Intellectual Property in the Age of State Independence” and the awarding ceremony of the winners of the Republican Festival-Festival “Innovators and Young Inventors” were held under the motto “Youth is the engine of innovation.”

At the same time, in the framework of the conference, the intellectual products of teenagers and young participants were exhibited.

The conference was opened by the Deputy Minister of Economic Development and Trade Mr Farhod Sadullo Vosidion, who noted that the Founder of Peace and National Unity – Leader of the Nation, President of the Republic of Tajikistan Emomali Rahmon identified priorities of the countries economy valuations of intellectual property, attracting talented people to innovation and invention, expanding the inventive process, raising the level of knowledge, public awareness, the implementation of innovative projects, the study of the digital economy, the development of innovative technologies and their introduction into production.

The conference was attended by Deputy Minister of Agriculture Mr Zevarsho Zevarshoev Taigunshoevich, Deputy Minister of Culture Mr Davlat Sharif Safarzoda, Chairman of the Executive Committee of the People’s Democratic Party of Tajikistan in Dushanbe Mr Ibrahim Kholmurod Mirzozoda, Director of the National Center for  Patents and Information of the Ministry of Economic Development and Trade of the Republic of Tajikistan Mr Mirzo Haidarbek Ismoilzoda and spoke about the achievements in various areas of intellectual property.

The event was also attended by inventors, entrepreneurs, young innovators and representatives of the country’s universities.

The Government of the Republic of Tajikistan has taken a number of measures to develop the national economy and enhance the country’s position in the international arena in the field of intellectual property and has made significant progress. It should be noted that one of the major impetus for the further development of the national economy in the modern world is the strengthening of intellectual property.

At the same time, it was noted that the “National Strategy for the Development of Intellectual Property of the Republic of Tajikistan for the period up to 2030” was adopted on 1st June, 2021.

This year, the National Center for Patents and Information of the Ministry of Economic Development and Trade of the Republic of Tajikistan to fulfill the instructions of the Head of the Executive Office of the President of the Republic of Tajikistan Rahmon Ozoda Emomali organized Republican Competition-Festival “Innovators and young inventors” », Which was held at the conference, where the award ceremony of the winners of the Competition-Festival was held.

The main purpose of the competition is to find young talents, to promote the field among pupils, students, graduates, as well as to support and encourage talented young people with creative abilities and interest in innovation and inventions.

In the junior category up to 14 years.

Diploma of the third degree, was awarded to Khamenya Ruslan Alisherovich the 8th grade student of the Secondary School №66 of the district. Sino, Dushanbe.

In the nomination of young people from 15 to 30 years.

Diploma of the Third Degree, was awarded to Jalilov Islamjon Abdurahimjonovich a resident of Bokhtar, a student of 10th grade of the secondary school №2 named after Professor Rohat Nabieva.

Diploma was awarded to Ghulomov Narzullo Sheralievich, a student of the 1st branch of the Republican Medical College of the Faculty of Diagnostic Medicine.

With the “Honor Sign ” of the State Institution “National Center for Patents and Information” of the Ministry of Economic Development and Trade of the Republic of Tajikistan, the head of the Energy Institute of Tajikistan, as well as the winner of the first, second and third rounds of the Republican competition for the best education in the nomination of invention Jahongiri Abdulvahid from Khatlon region.

The winners of the contest were also awarded letters of commendation and gifts by the Chairman of the Executive Committee of the People’s Democratic Party of Tajikistan in Dushanbe.

At the same time, the winners of the Competition-Festival were rewarded with prizes by partners of the event, such as CJSC “International Bank of Tajikistan”, LLC “Himoya”, LLC “Safar-Orien” and the company “FIFTYFIVE Group”.

Today, on the creative initiatives of the Leader of the Nation, President of the Republic of Tajikistan Emomali Rahmon, favorable conditions have been created for teenagers and young people for the development of creative, innovative and inventive activities. The great leader of the nation, His Excellency Emomali Rahmon in his speech noted: “Today, there is a historical need to look for talented teenagers and young people. Create conditions for the full development of their personality. Let us guide their creative energy to the conquest of new heights of science, technology and culture.”

In order to implement the instructions of the Founder of Peace and National Unity – Leader of the Nation, President of the Republic of Tajikistan Emomali Rahmon, an event “Presentation of inventions to production” was held to introduce inventions to domestic producers taking into account the economic effect.

At the end of the event  there was an exchange of views between entrepreneurs and inventors. 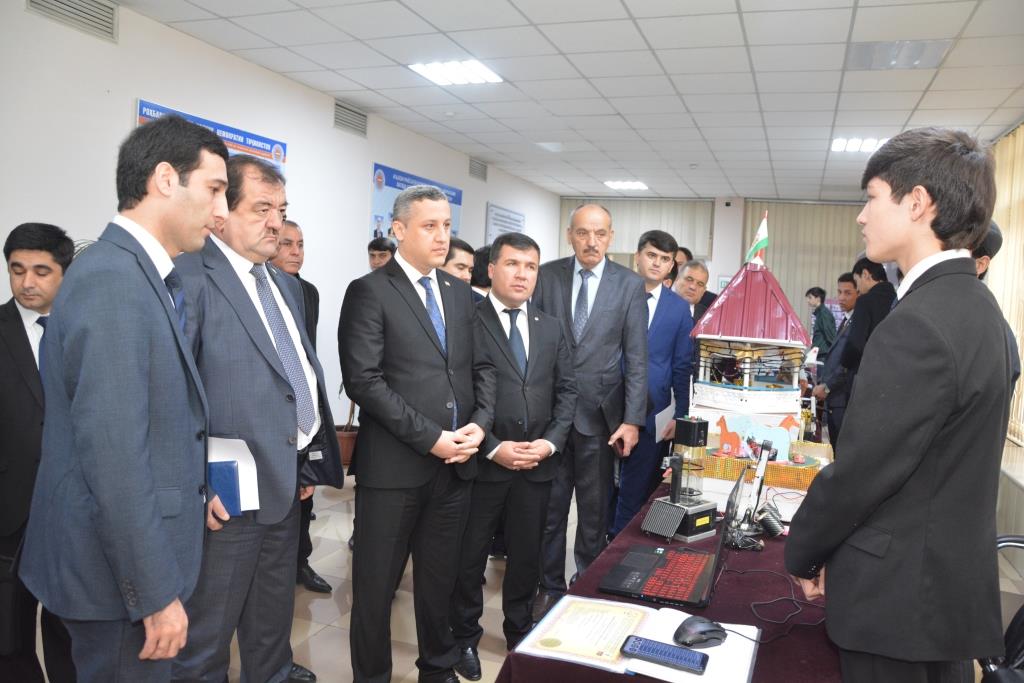 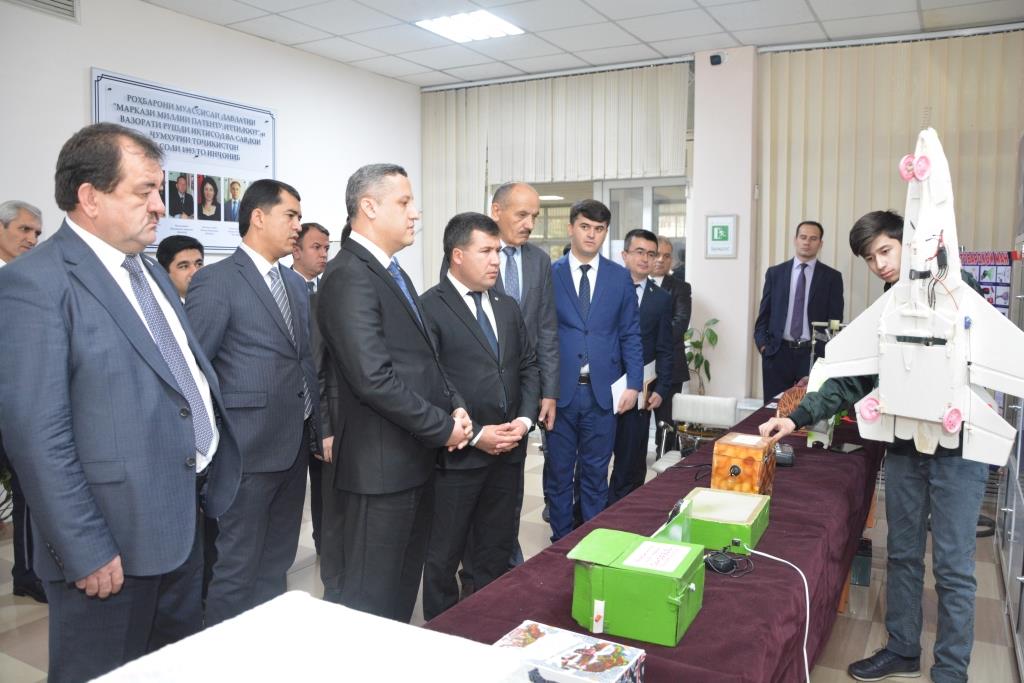 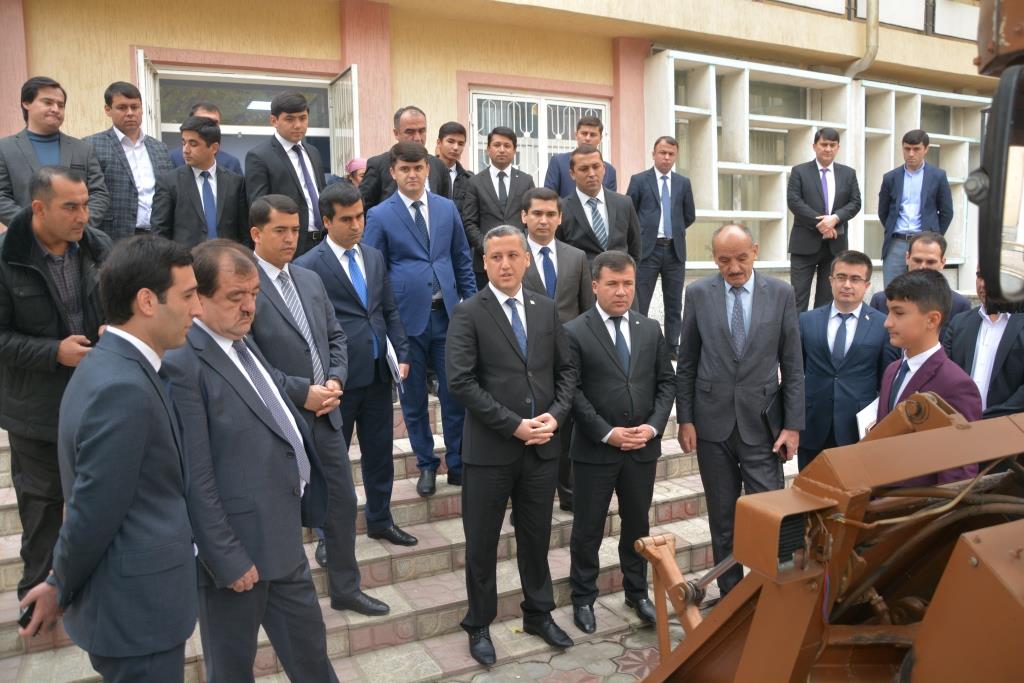 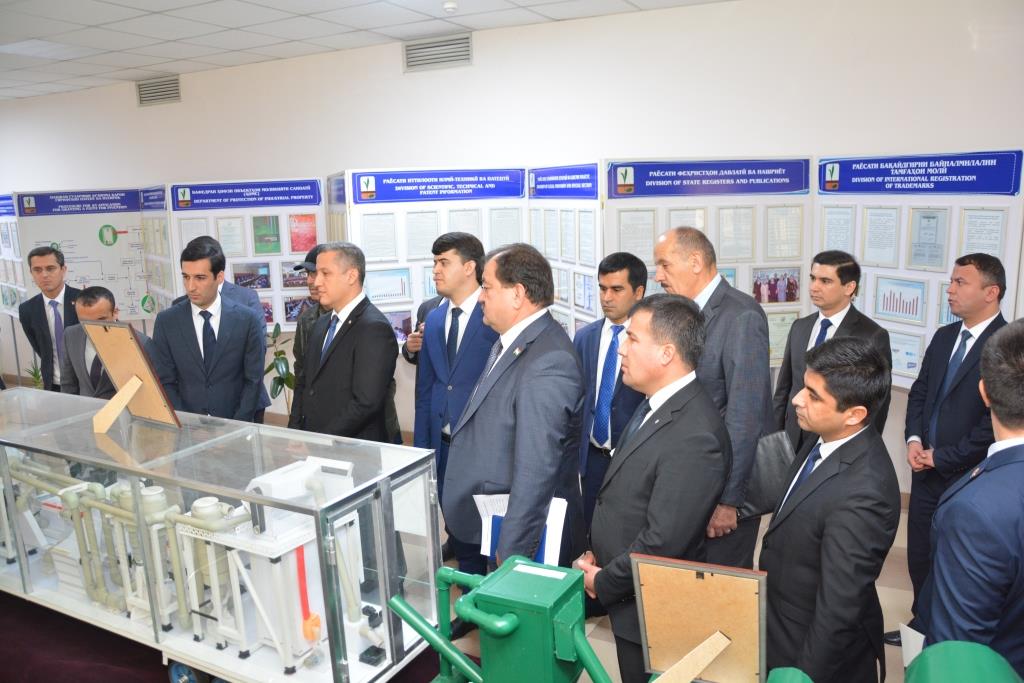 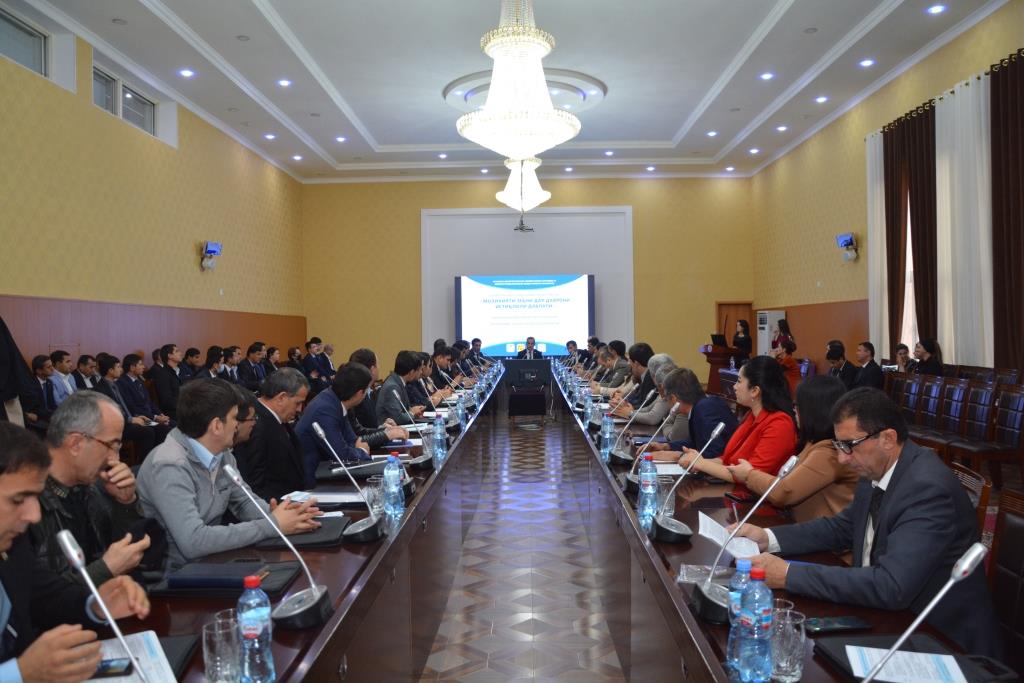 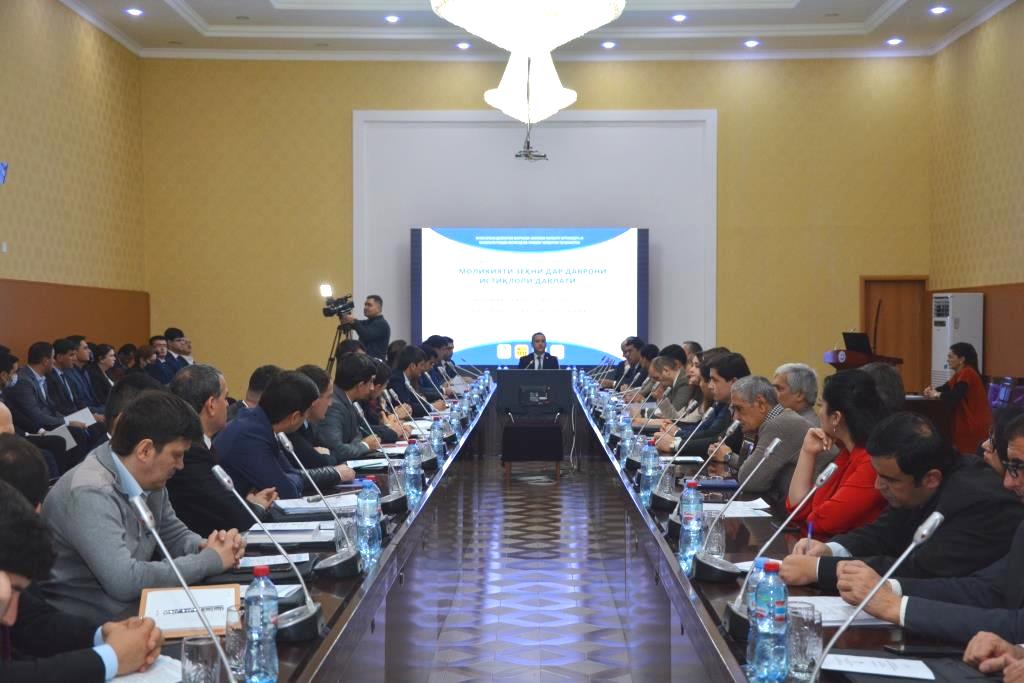 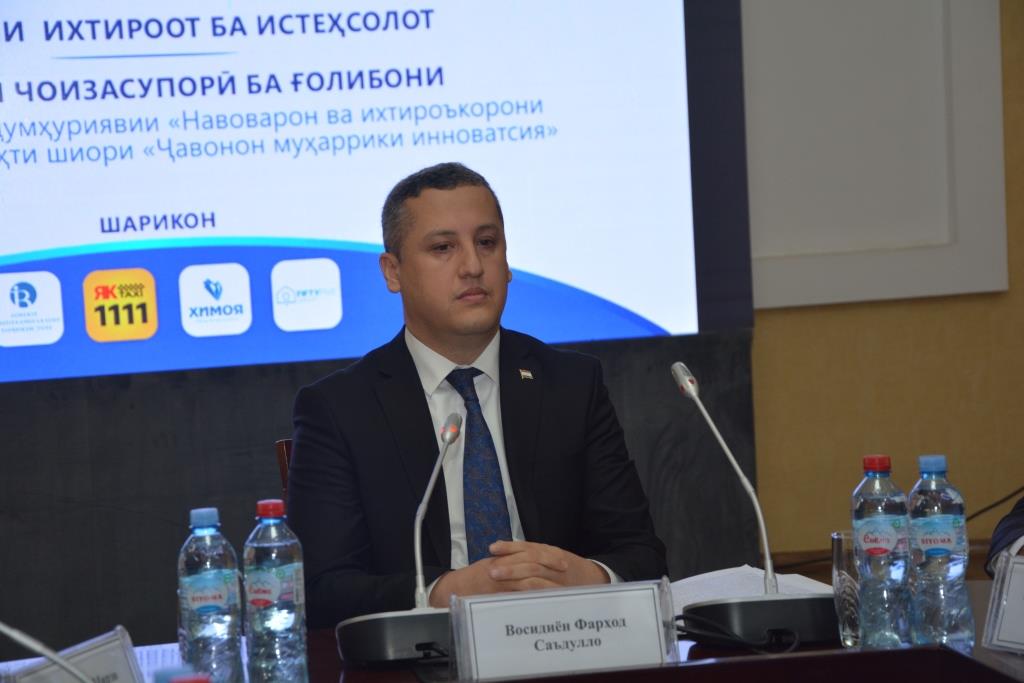 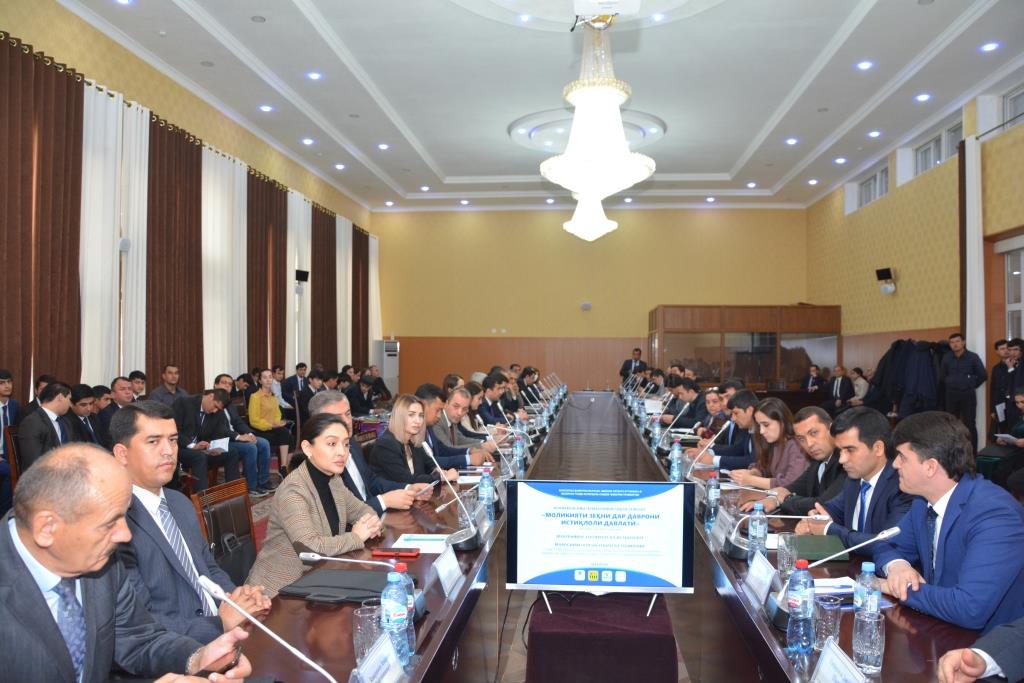 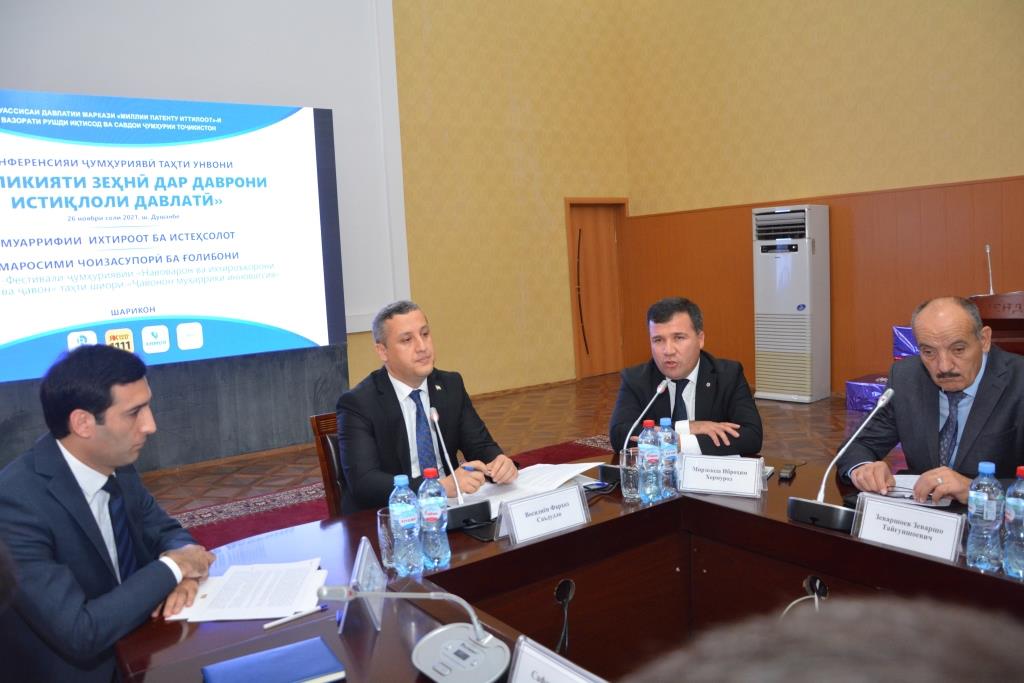 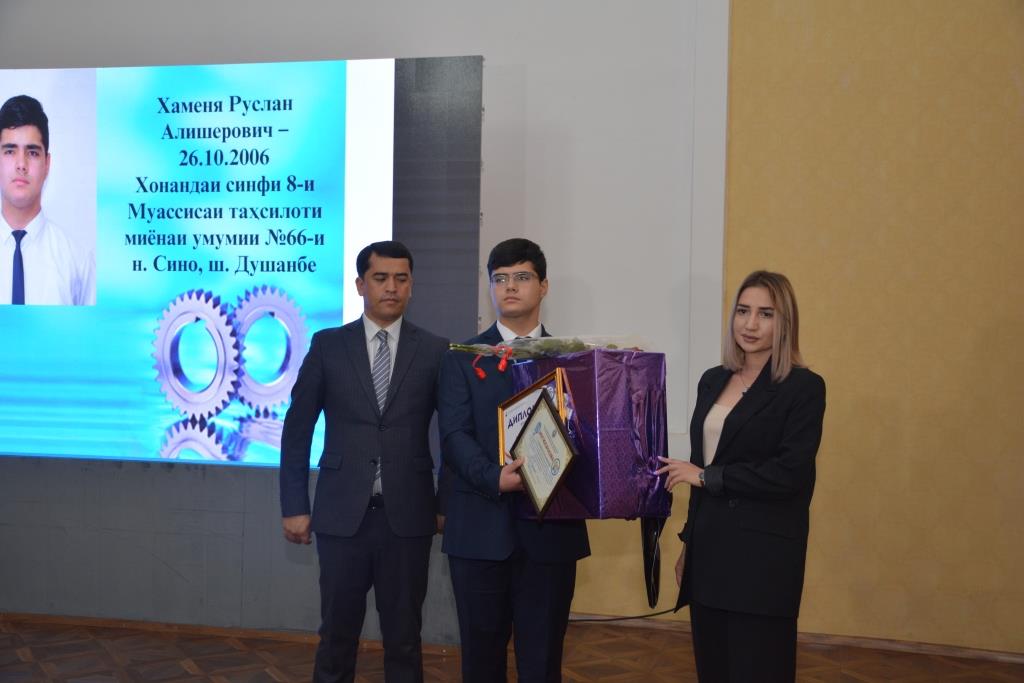 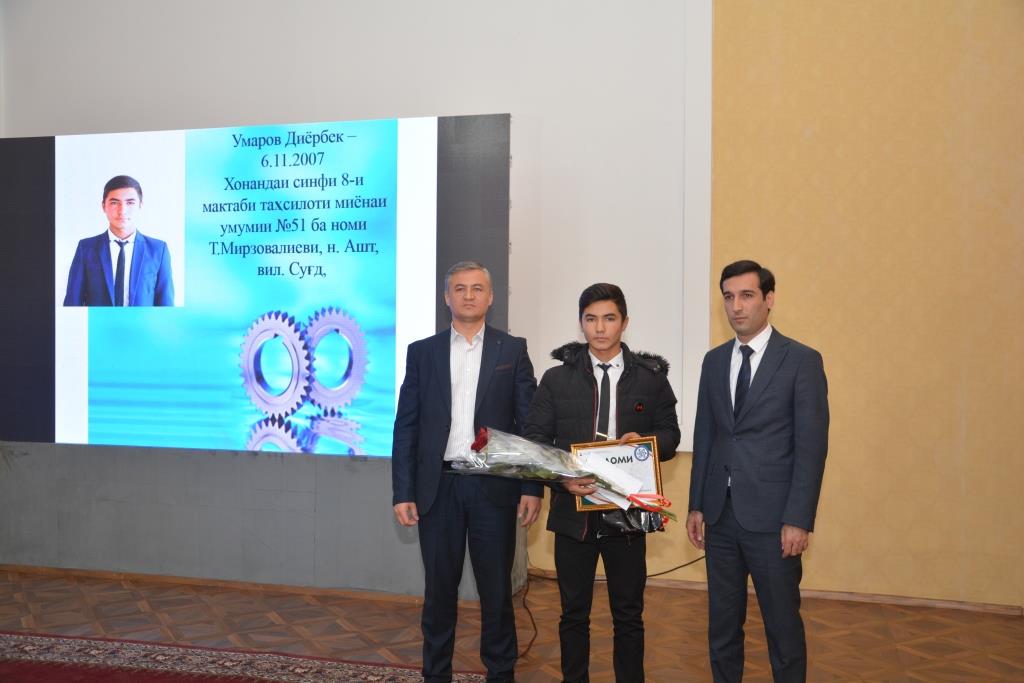 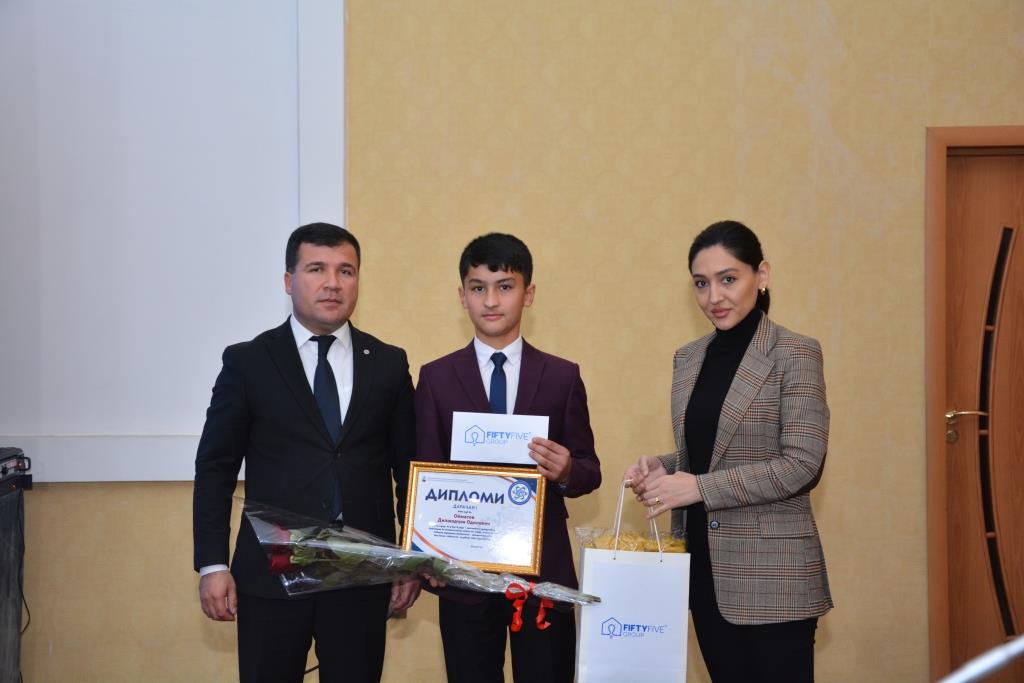 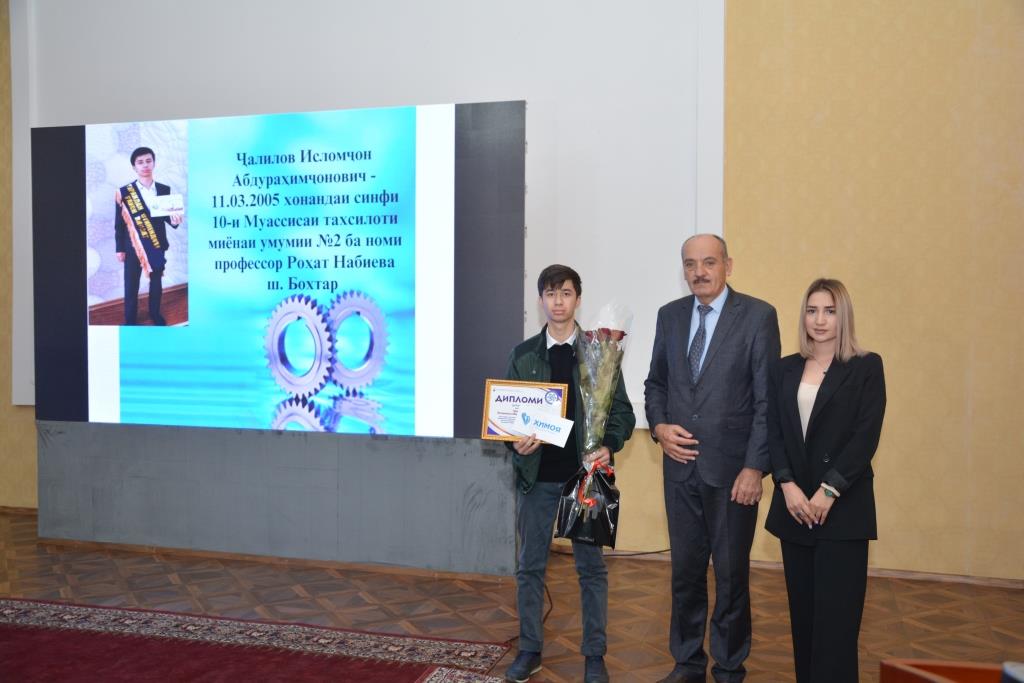 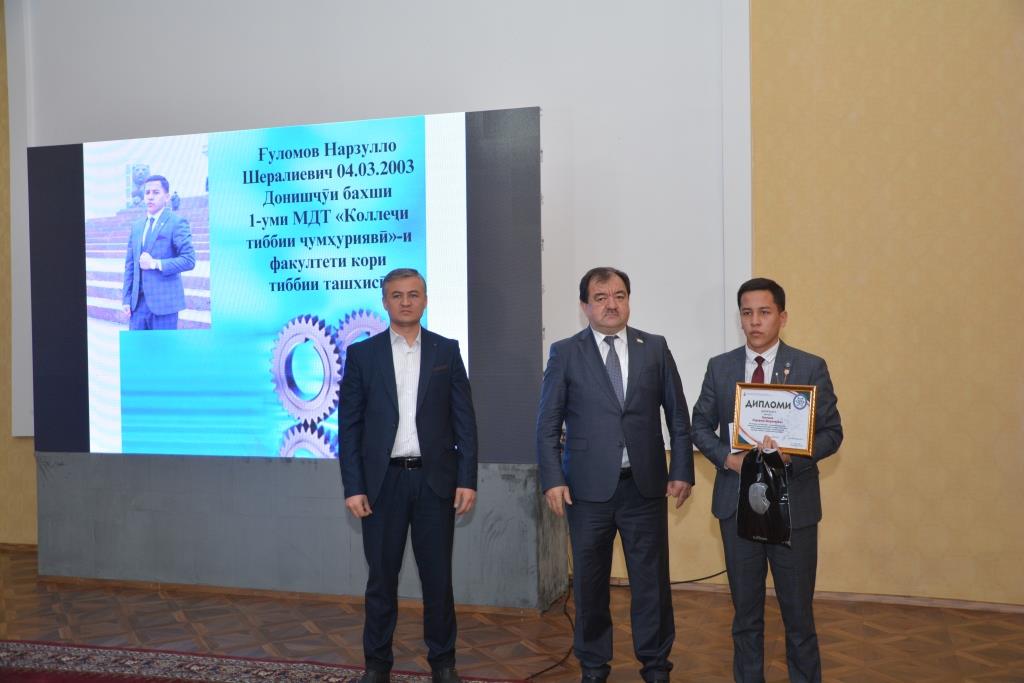 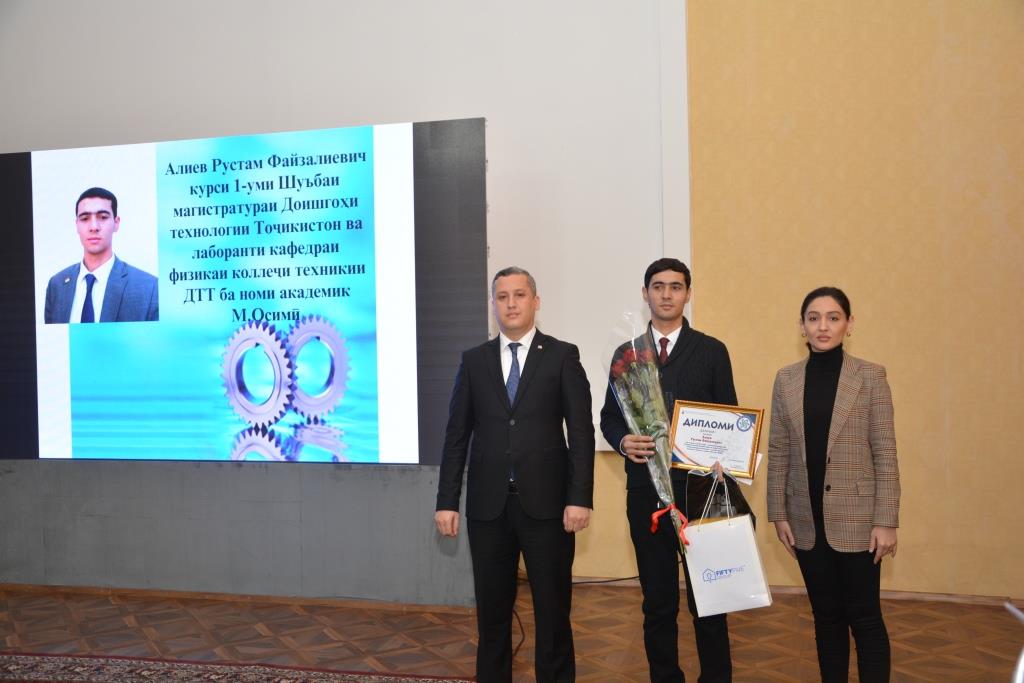 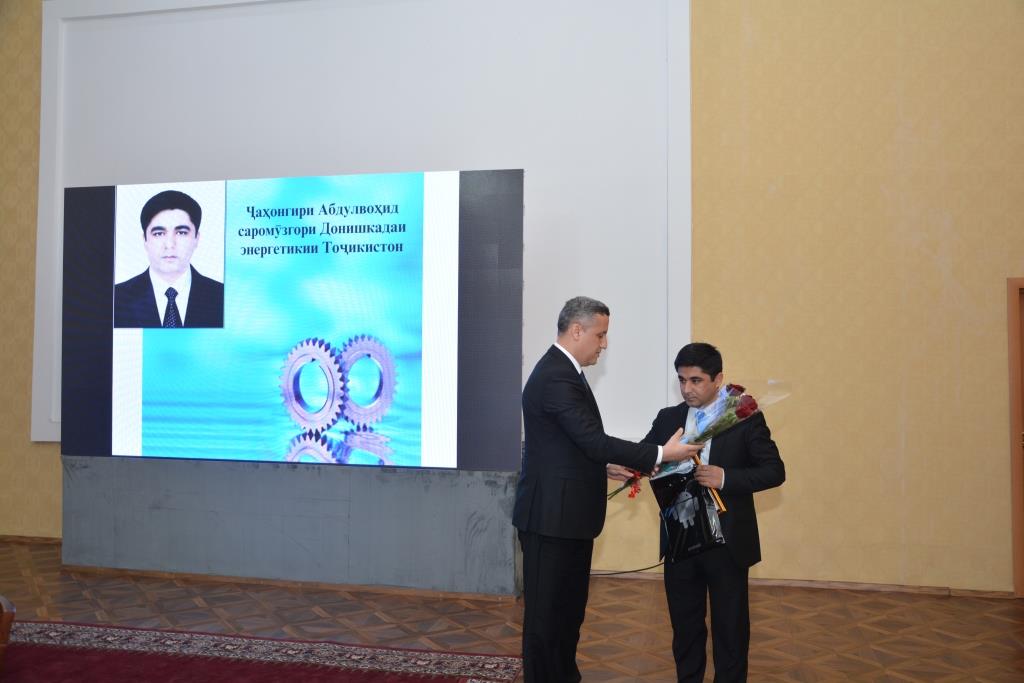 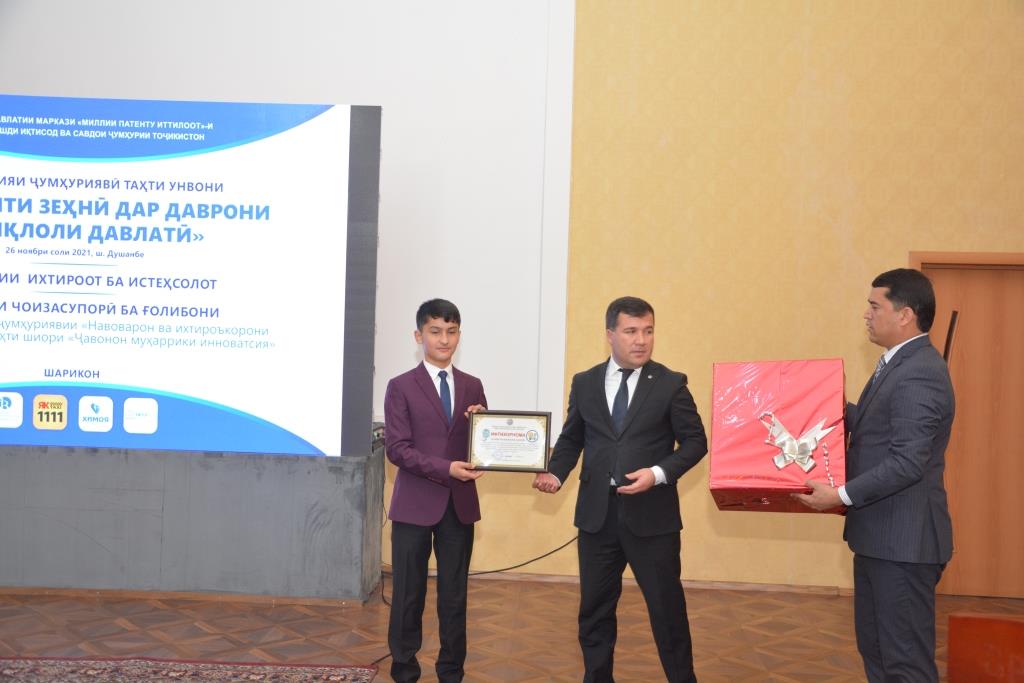 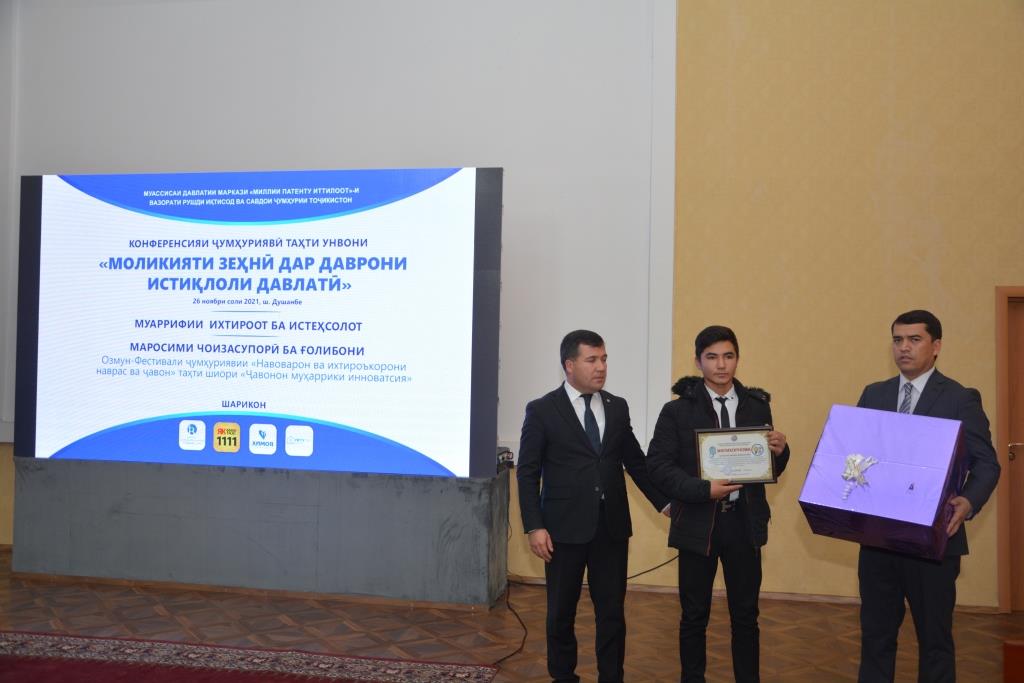 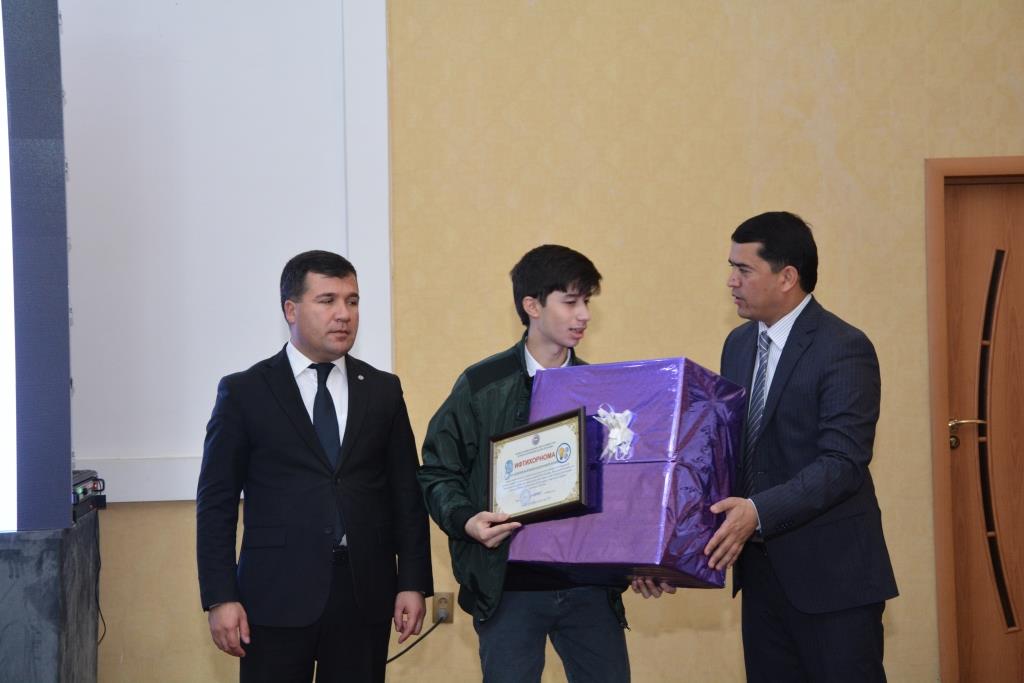 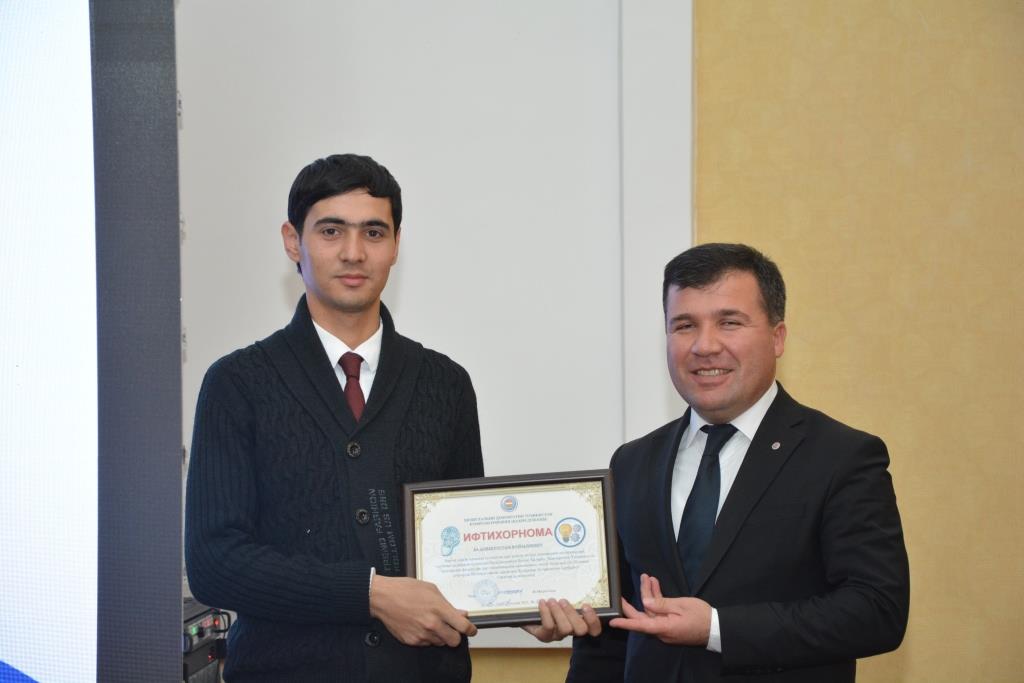 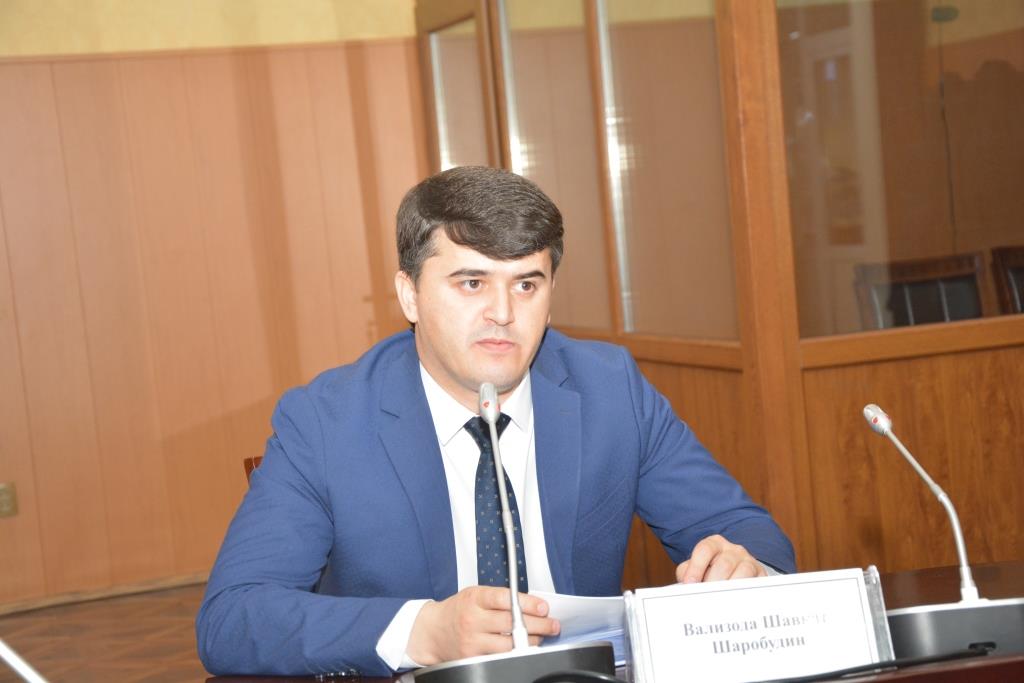 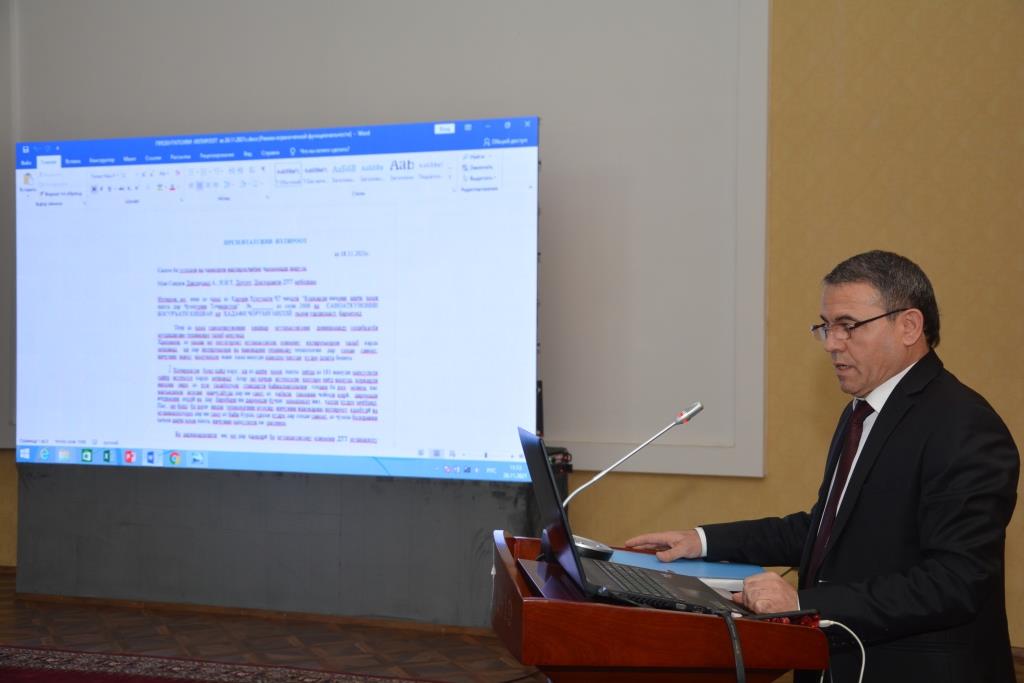