INTERNATIONAL AWARDS CEREMONY AT THE MINISTRY OF ECONOMIC DEVELOPMENT AND TRADE

On September 28 of this year, Minister of Economic Development and Trade Mr Zavkizoda Zavki Amin presented international awards to three women inventors of the country, Ms Rakhimova Malika –was awarded a silver medal and a special award from the Korean Patent Association, Ms Zuurbekova Oybegim and Ms Mizhgon Sharopova – were awarded with bronze medals, they took part in 14 the International Exhibition of Women Inventors in South Korea “KIWIE – 2021” and the International Forum of Women Inventors, and also won silver and bronze medals.

It should be noted that the exhibition was held online in the city of Seoul, South Korea, from August 12 to 14 this year, and was attended by inventors from 17 countries member states of the World Intellectual Property Organization.

Mr Zavkizoda Z.A. noted that by the Decree of the President of the Republic of Tajikistan Emomali Rahmon dated January 31, 2020 No. 1445,the years 2020-2040 were announced as “Twenty years of study and development of natural, exact and mathematical sciences in the field of science and education”, for innovators and inventors of the republic and created a sense of responsibility that the success of women inventors is a result of her effectiveness.

And also, Mr Zavkizoda Z.A. in pursuance of the instructions of the Founder of Peace and National Unity – the Leader of the Nation, the President of the Republic of Tajikistan Emomali Rahmon congratulated the winners of the exhibition and urged them to study natural, exact and mathematical sciences and further strengthen their glory of the beloved homeland on the international arena. 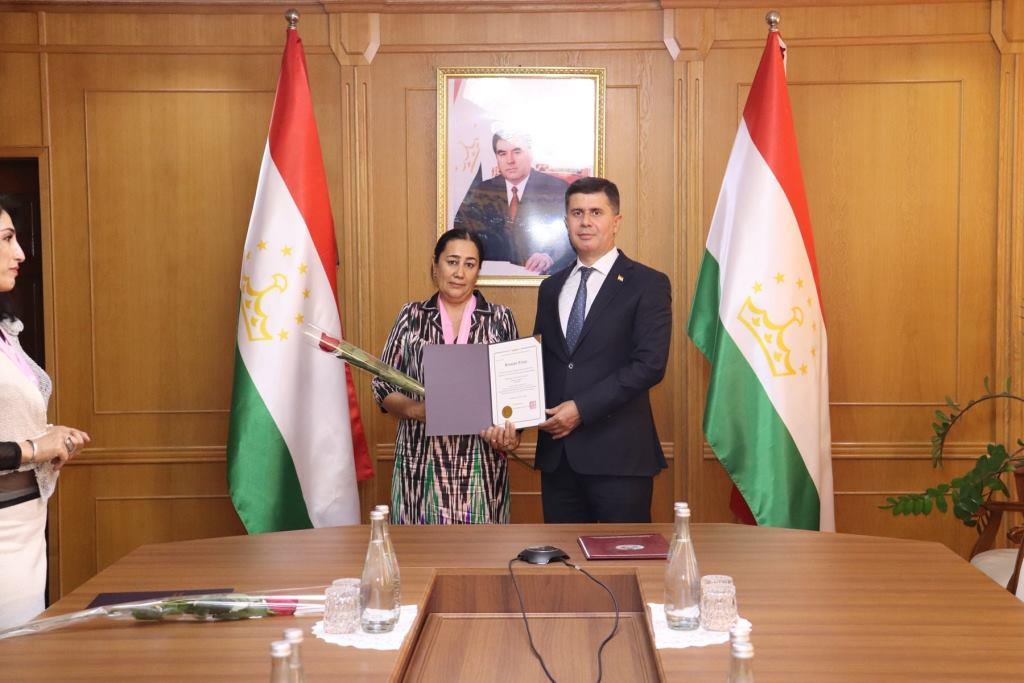