63rd Session of the Assembly of the World Intellectual Property Organization

The heads of the patent offices of the WIPO member countries participate in the Assembly in online and offline formats and the Tajik delegation under the direction of the Director of the State Institution “National Center for Patents and Information” of the Ministry of Economic Development and Trade of the Republic of Tajikistan M. Ismoilzoda directly participates in this Assembly.

This session discusses issues related to inventions, designs, geographical indications, trademarks and service marks and other aspects of intellectual property.

It should also be noted that the Republic of Tajikistan is the coordinator of the CACEEC group (Group of countries of Central Asia, the Caucasus and Eastern Europe), and within the framework of the Assembly, the meetings of the group are chaired by the Director of the Tajik Patent Office – M. Ismoilzoda.

The cooperation of the Patent Office with the structural divisions of WIPO for further prospects was also discussed, a round table was held where the parties exchanged views with representatives of the patent offices of India, Uzbekistan, Belarus and other countries for the development of mutual cooperation. 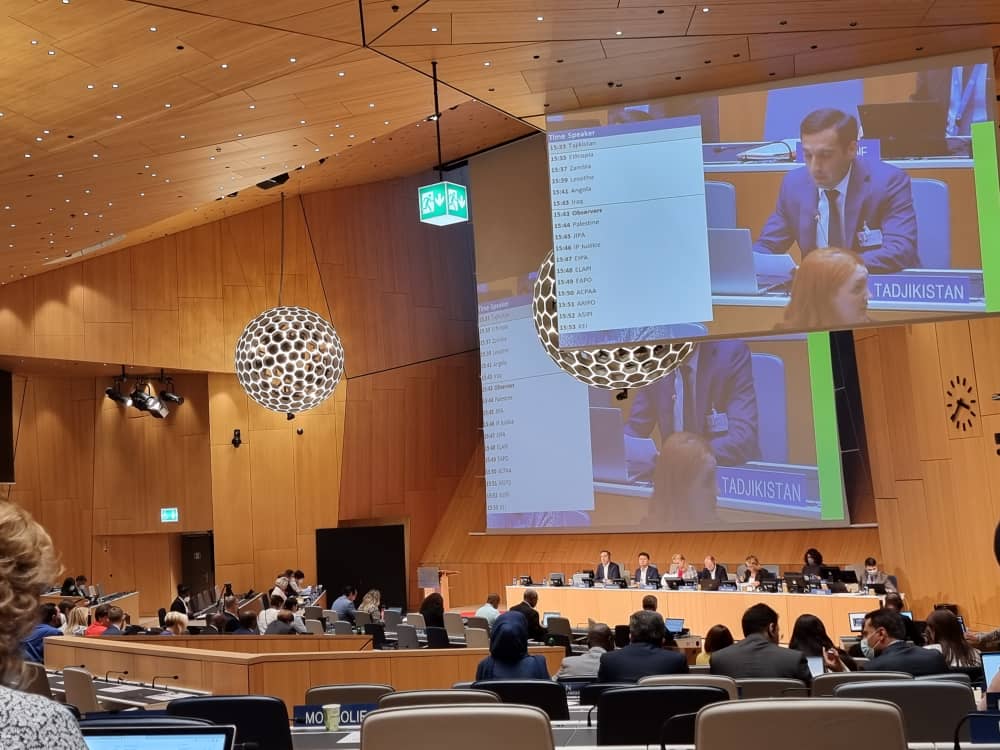